Metabolism Math and the Calorie 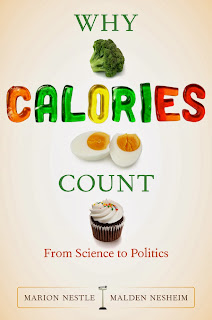 The holiday season is here so I suppose it’s okay to obsess a little about calories and how many of them can reasonably be consumed between Thanksgiving and the New Year.   The holidays are the two acts in the yearly drama known as indulgence and moderation.

I thought I knew what a calorie was until I read Why Calories Count by Marion Nestle and Malden Nesheim.  I realized how little I really knew.  It is a fascinating book that explains the personal, scientific, and political dimensions of the calorie.  It’s a thorough exploration of dense calories, whole calories, empty calories and real calories.

What I learned from this book was that the science of calories and how we use information about them in our everyday lives are worlds apart.  Calories are units of work or heat and one calorie is defined as the amount of heat energy needed to raise the temperature of one gram of water by one degree centigrade at one unit of atmospheric pressure.


Think about how that definition will help you the next time you’re running through the grocery store and you’re trying to decide between the vitamin-fortified whole grain loaf and the loaf of plain white bread.

Marion and Madlen realize this and do a great job of helping us get a more intuitive feel for calories.  They start by simplifying the definition of a calorie --- a calorie is defined as the amount of heat needed to raise the temperature of a quart of water by one degree centigrade --- but even that simple definition doesn’t help me very much.  I found the basic explanation of how calories work to be much more useful and straightforward:
Now we’re getting somewhere.  Nestle and Madlen teach us that food provides energy to fuel the work bodies do:  breathe, circulate blood, keep warm, transmit nerve impulses, excrete waste, and move.  So here are some basic, albeit overly simplified, principles of metabolic balance that I have developed around the principle that food is energy for the chemical and physical work that our bodies do: 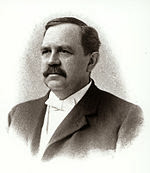 Another fascinating fact about the calorie is that gram-for-gram, ounce-for-once, pound for pound, fats contain more than twice the calories of proteins and carbohydrates.  We have researchers like Wilbur O. Atwater and Max Rubner to thank for these findings that were developed at the end of the 19th century and still serve as the foundation for the calculation of many USDA food energy values.

These researchers used Bomb Calorimeters, which are devices that measure the energy value of food.  Bomb Calorimeters are essentially chambers that “burn” (oxidize) food to completion which allow for the measurement of the change in temperature of the water surrounding the device. 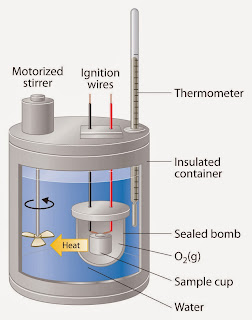 Thanks to Wilbur’s hard work, estimating calories can be quite simple.  Most foods that we eat are a combination of carbohydrates, protein, fats, and water.  Water has no calories and is present in most foods that contain carbs, proteins, and fats.  Water has a dilutive impact on the calorie value of most foods and it allows us to use an average measure of about 3 calories per gram of food.  Now given that there are about 450 grams in a pound, there are about 2700 calories in about 2 pounds of food.

So if you want to measure your calorie consumption by weight, each half pound of food represents roughly 675 calories.

If you don’t find this way of thinking about calories helpful, you can always fall back on using proxies for portion sizes.  According to the American Heart Association, the average portion or serving is quite small.  It’s about the size of a small fist, baseball, hockey puck, or computer mouse.

Happy holidays and good luck with your own drama of moderation and indulgence!

Email ThisBlogThis!Share to TwitterShare to FacebookShare to Pinterest
See More About Learn