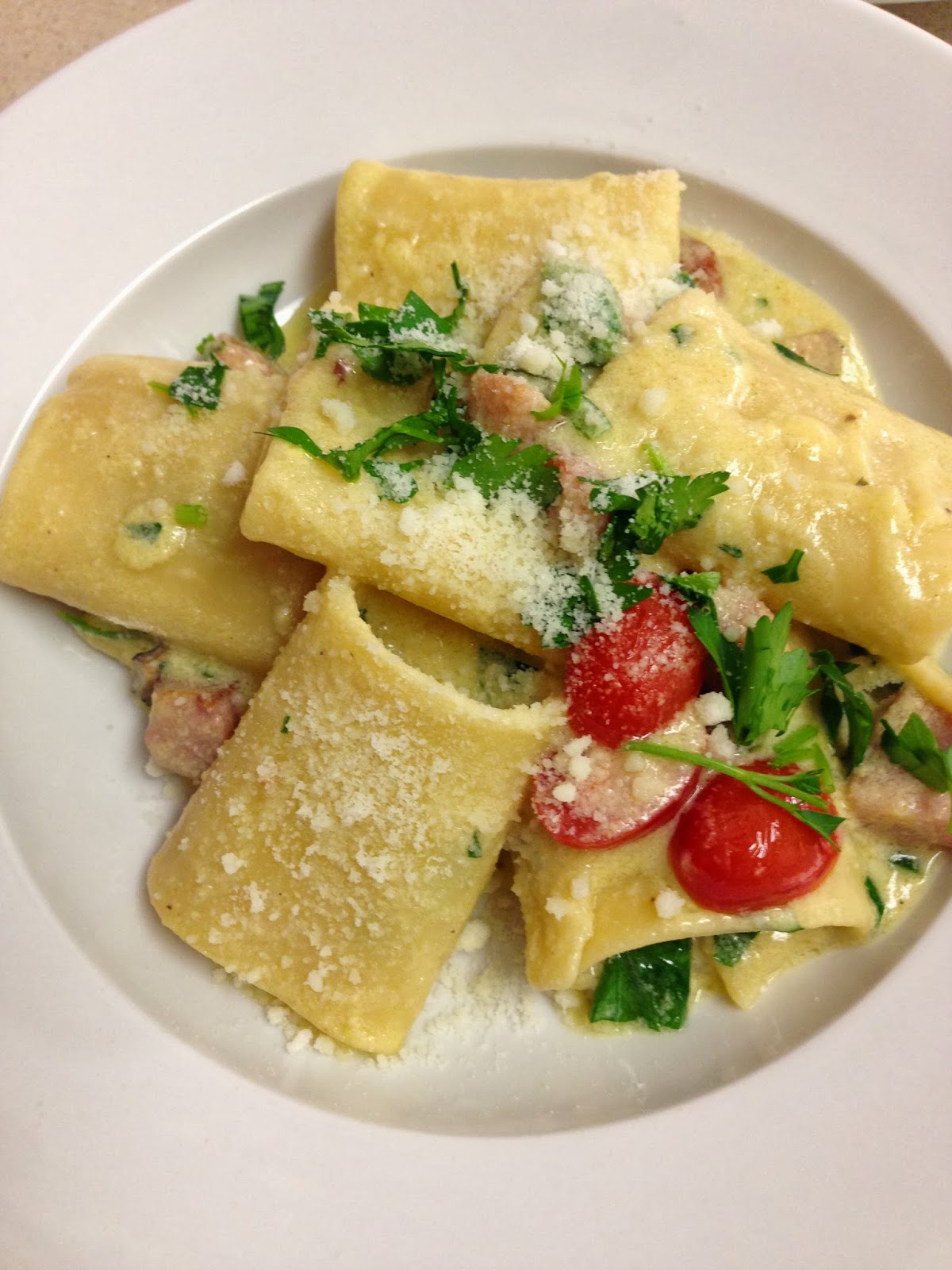 Pasta Carbonara is the inspiration for this simple and satisfying dish.  Preparation for it began more than six months ago when we bought the rigatoni pasta at Peck Milano as a souvenir of our summer vacation. 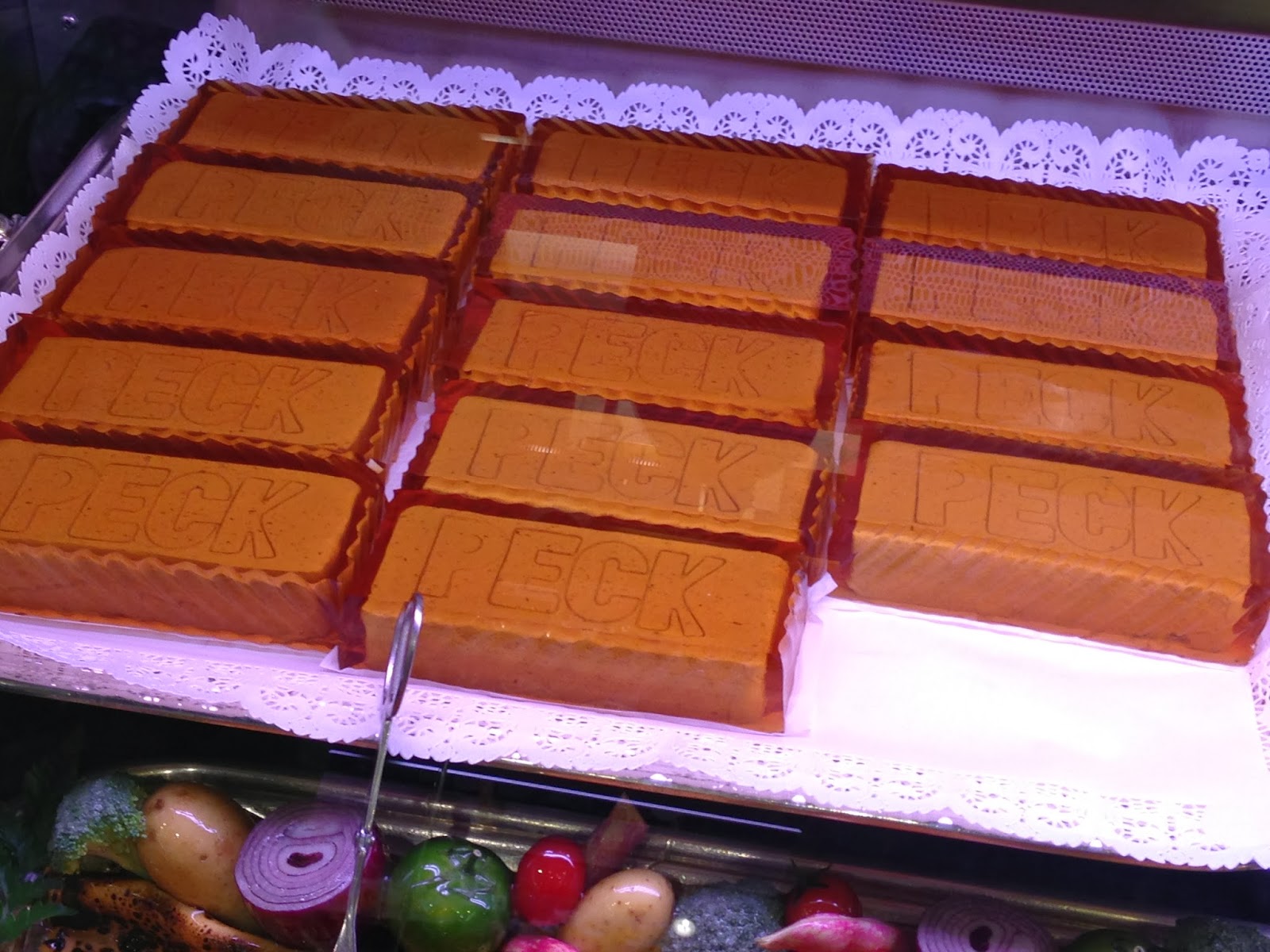 Peck Milano is one of the great food and wine purveyors of the world.  Every village in Italy has a charming salumeria that sells the cured meats, cheeses, and prepared foods for which Italian cuisine is renown.  Peck is none of this.  The displays of meats and cheeses at Peck are stunning and are accorded the same attention, sophistication, and creativity that are put behind Milano’s powerhouse brands like Prada and Gucci.  If Peck Milano were a garden, and you could possibly argue that it is a garden of heavenly temptations of the table, you would say it was designed by Le Notre who designed the gardens of Versailles for none other than the Sun King.  In fact, the Peck logo is a Baroque depiction of the sun that would be more at home at the Papal Basilica of Saint Paul’s at the Vatican than in a food hall. 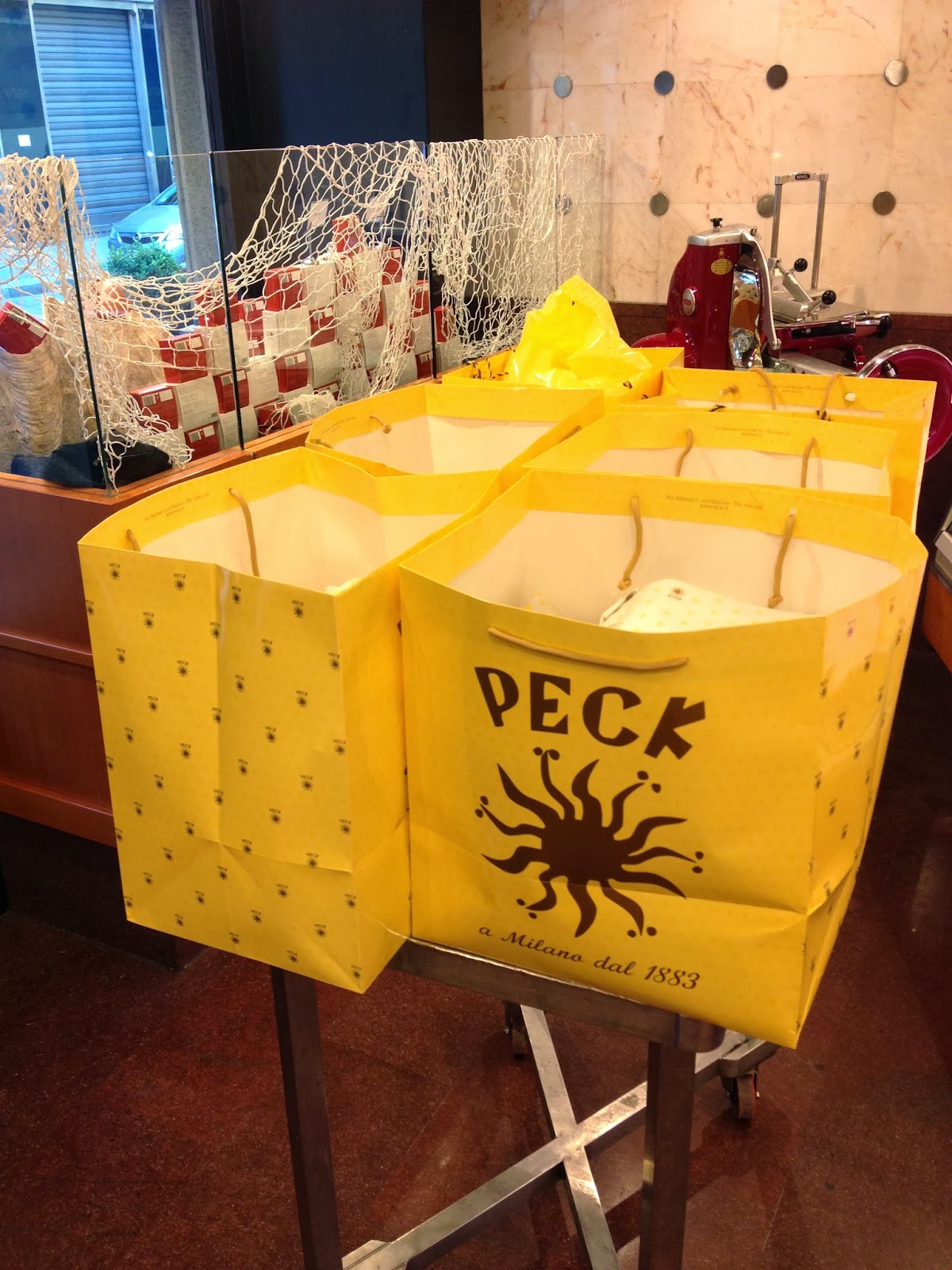 Peck Milano was on our summer vacation itinerary this past year when we were touring Milano and the Italian Lake District.  When we’re on vacation or visiting a new place we try to devote a day or two to discovering the local food scene.   Usually that will include touring food halls like Berlin’s famous KaDeWe or the Östermalm Food Hall in Stockholm, browsing the fantastic food purveyors like La Grande Epicerie at Le Bon Marche in Paris or Selfridges in London, and, of course, sampling the local specialties.  Treasure abounds on these expeditions and we will usually bring home an ingredient, a sauce, or a kitchen tool to be incorporated into our cooking and entertaining. 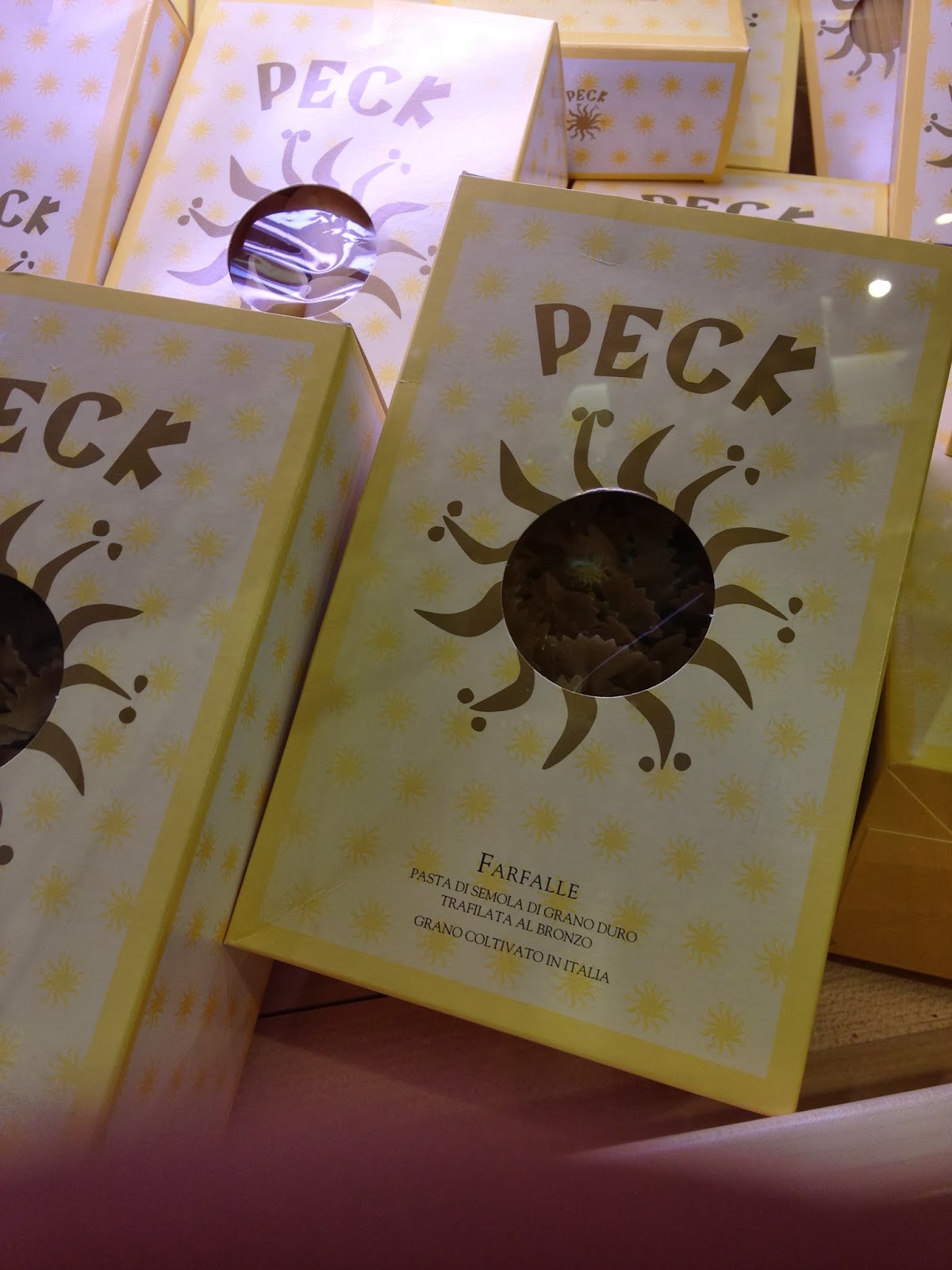 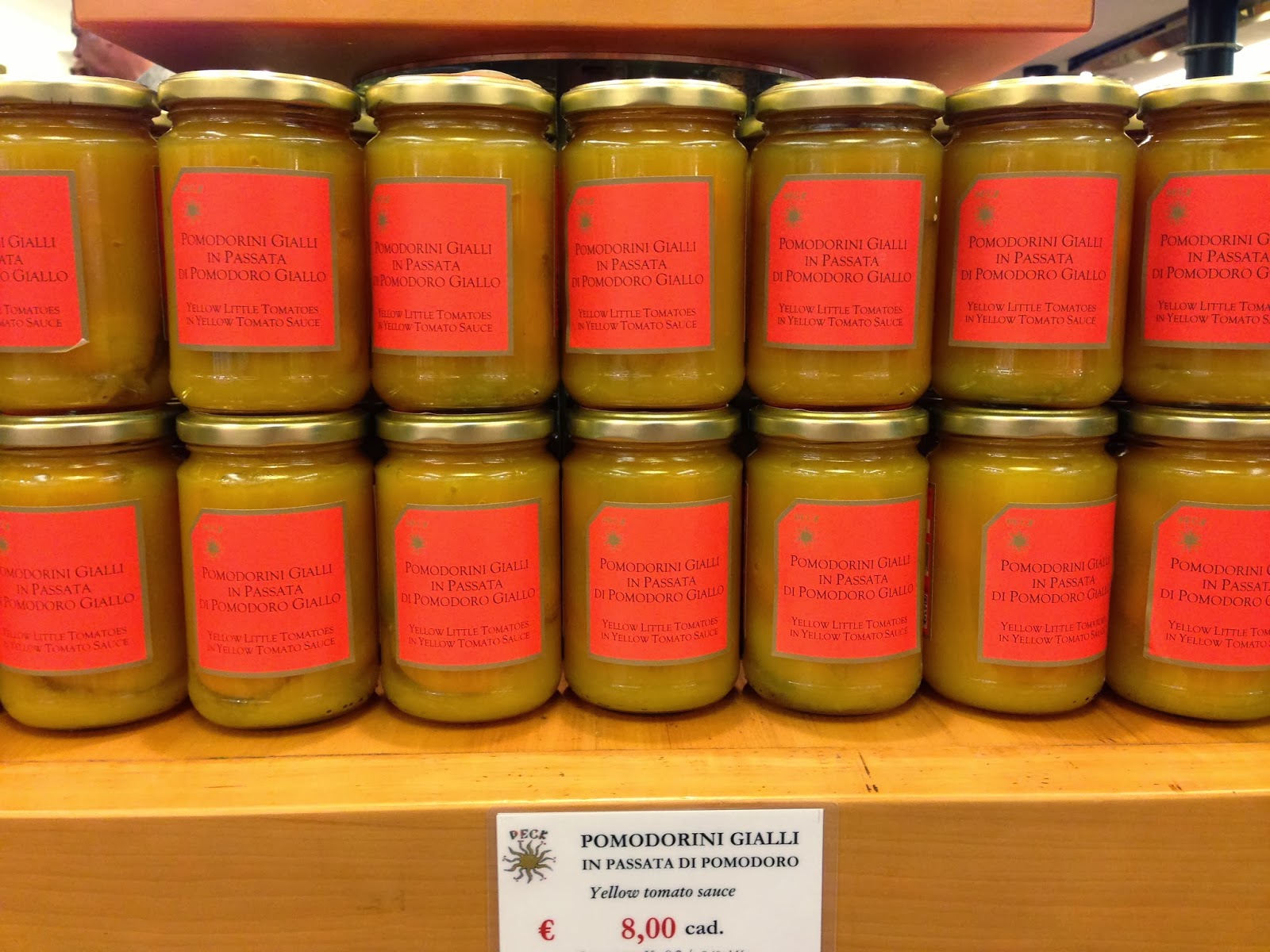 From Peck, our bounty was unusual shaped pastas and exotic pasta sauces.  We brought home a big box of rigatoni pasta noodles that were about twice the size and thickness of Rigatoni that is commonly found in the United States.  Aside from the size, the Rigatoni was not ridged or striated.  The pasta had a light matte finish to it.  This gave the Rigatoni a modern look as well as a useful function, which is to allow the sauce to cling to the pasta.

This pasta was perfect for a Carbonara sauce.  Pasta Carbonara is a simple but oh so rich a dish because of the wonderful ham, lard, cheese, and cream in the sauce.

For the sauce, I started with a pound and a half of cured country ham from the Picnic Shoulder.  I removed the skin and fat layer from the meat, diced the skin and fat into small cubes for rendering.  After a few minutes in the sauté pan, I had perfect lardons cubes that gave the cream sauce a salty, savory and crunchy texture.

Setting the lardons aside for the fat to drain, I removed all but three to four tablespoons of pork fat from the skillet and made a white sauce roux with butter, flour, and cream.  To add some balance to this rich creamy sauce, I slowly incorporated the better part of a bottle of a good New Zealand Sauvignon Blanc.  Next, I seasoned the sauce with about half-a-cup of grated Parmigiano-Reggiano cheese, truffle-infused sea salt, and fresh-ground black pepper.

While the sauce simmered, I cooked the pasta.  Noting the thickness of the large Rigatoni pasta, I doubled the normal cooking time from the usual 8-9 minutes to 16 minutes but that that still wasn’t enough time.  The pasta required nearly 20 minutes of cooking before it reached a nice chewy al-dente texture.

When draining the pasta, I reserved about one cup of the starchy pasta water.  I would use the water to thin and reduce the flavor intensity of the sauce.  For both color and much needed heat and acidity to balance the creaminess of the sauce, I added four diced chili peppers and about a dozen cherry tomatoes that were halved. 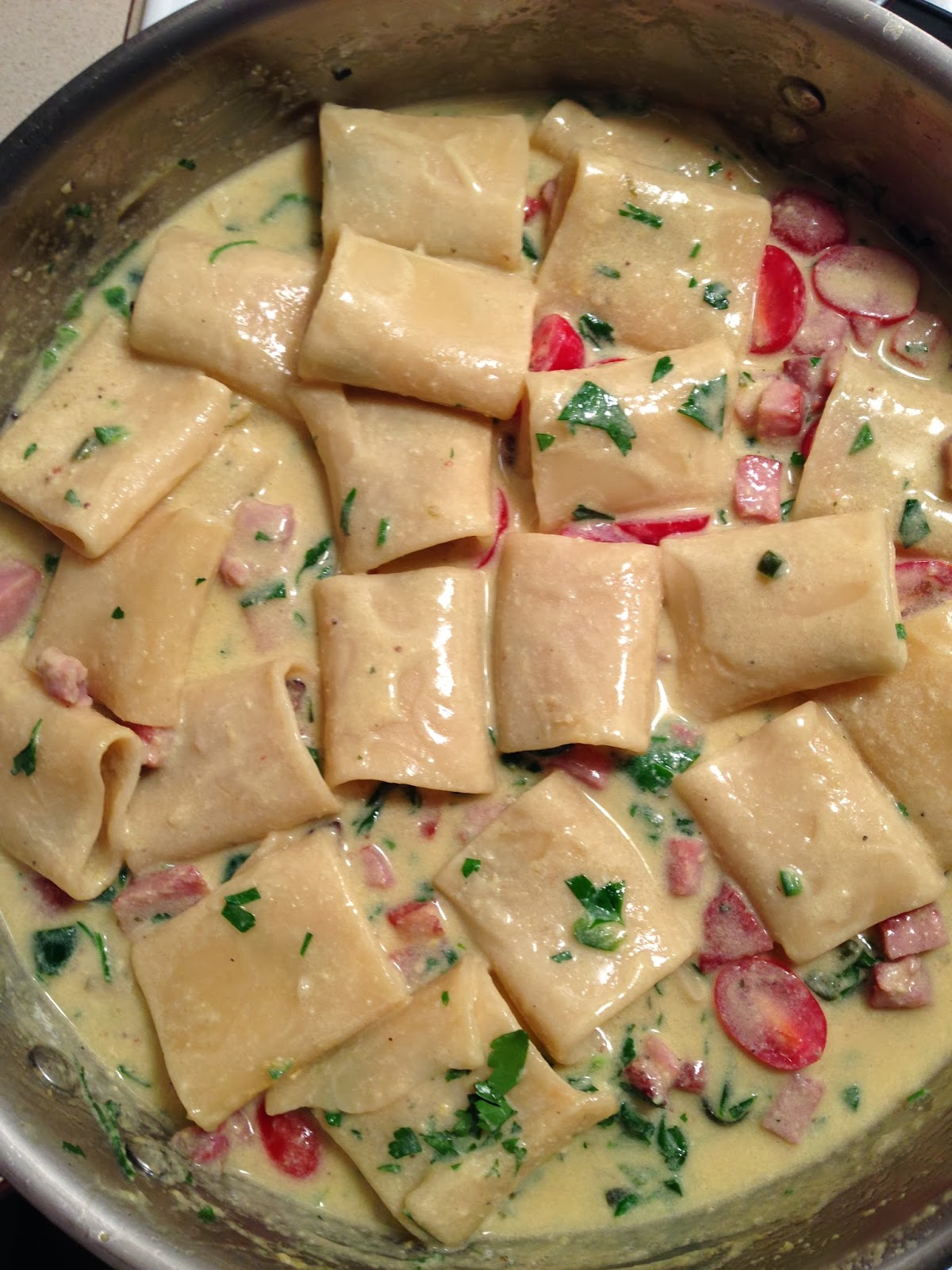 I folded the pasta into the sauce in a large skillet on a medium heat.  I kept stirring the pasta until it began to bubble and then it was ready to serve. 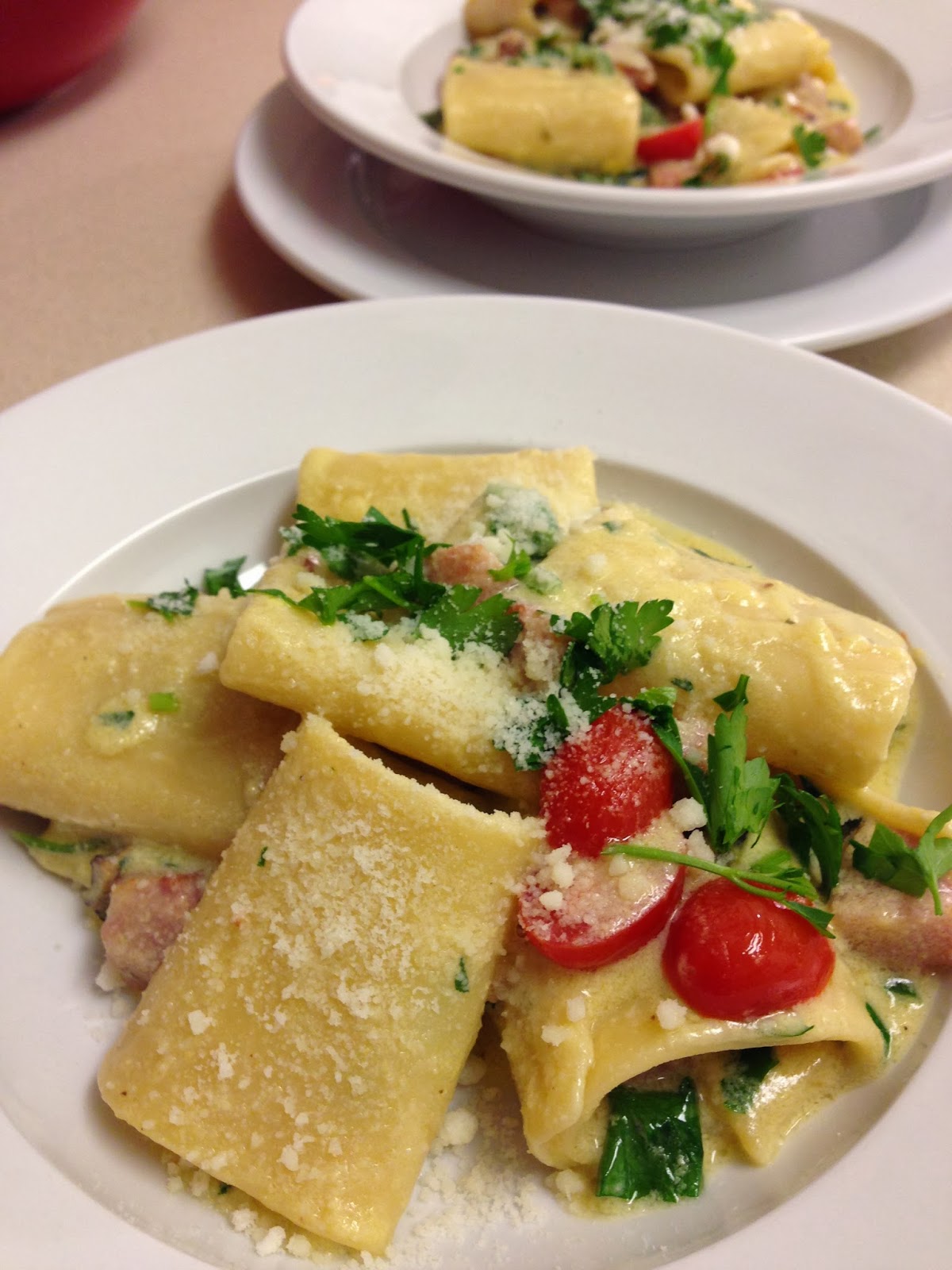 I served the Pasta Carbonara in nice white bowls with a wide lip and seasoned to taste with more Parmigiano-Reggiano cheese!